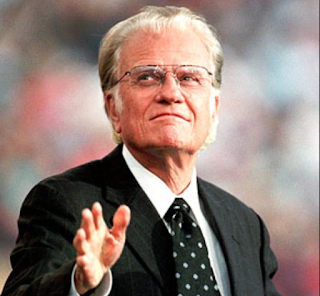 As a child I remember seeing the photos of Billy Graham on the covers of Décision, the French edition of Decision Magazine in our living room. Later my father joined the Board of Trustees of the Billy Graham Association, a position he held until his death in 2009. In the 1980s Billy Graham would call our home once or twice a year to ask my father for advice on pertinent issues.
From 1997 to 2001 I researched and wrote a Ph.D. dissertation on Billy Graham’s theology of evangelism. It was during these times of gathering books, articles, and sermons that I began to grasp the worldwide impact of this man. It is amazing to consider how God could use the determination, calling, and giftedness of one man who preached his first revival in Palatka, Florida in 1937.
It is hard to capture the overall impact of Billy Graham. Likely more people heard the biblical gospel emitted by his vocal cords than any other living human. Dr. Graham was aggressive in using the latest communicative technology to preach the gospel. It is very likely that the verbal spiritual impact of Graham may only be exceeded by the words on the pages of the millions of Bibles printed by the many Bible societies of the world.
When considering the legacy of Billy Graham, five highlights come to mind.


In 1937, it is said that the Graham team gathered at the peach farm of Cliff Barrow’s father. Graham asked them to consider all the ways that evangelists had fallen in the past. They came up with a list of four pitfalls:


As Graham’s ministry is considered from the hindsight of 80 years, God protected this man and his evangelism team from any of these pitfalls. What an example and legacy to God’s faithfulness!


Graham’s ministry did not drift from a focus on the ministry of the gospel. When some of his contemporaries drifted from a biblical priority, Graham did not. Others in his early entourage shifted into social ministry. Not Graham. He continued preaching a biblical gospel far into his 80 years of evangelism ministry.


Hand-in-hand with an emphasis on a ministry of the gospel is the evangelistic priority of Billy Graham. His priority remained the spiritual needs of those to whom he was called. While his organization began to support humanitarian ministry after 1975, the greater majority of the funding sent to the Billy Graham Association supported spiritual ministry.


Cooperation between Bible-believing Christians became an enthusiastic focus of Graham crusades. His love for God’s people in various denominations provides an ongoing legacy that Graham championed. While ecumenism may be considered a concern in Graham’s ministry, Graham wanted to focus on love over doctrinal particularities.


Perhaps the most important legacy of Graham was the often repeated statement in his preaching, “The Bible says…” Beginning from his early ministry, Graham would punctuate his sermons with citations of the Bible. “The Word of God says…” “The Bible says…” No one who heard Graham could be unsure that his source of authority and his source of power in preaching was the Bible.
Perhaps this last legacy is his greatest legacy. Graham preached with an undaunted commitment to the authority and power of the Bible. As we mourn the passing of Billy Graham today, may there be many who follow his example of an unashamed commitment to the Word of God.