Evangelizology: Diagnosing the Disease of Many Questions

Evangelizology: Diagnosing the Disease of Many Questions: Sometimes in street evangelism, in the local church, or even in the classroom settings I encounter persons who pepper me with tangentia...
Posted by Dr. Tom Johnston at 8:59 AM No comments:

Diagnosing the Disease of Many Questions 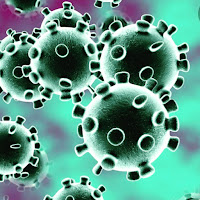 Sometimes in street evangelism, in the local church, or even in the classroom settings I encounter persons who pepper me with tangential questions. I barely construct an answer to their first question when very soon another one arises. In many cases, clear biblical answers do not bring them peace. They seem to be plagued with a specific ailment—the sickness of many questions.
Paul helped Timothy diagnose this disease in persons who sometimes make their way into local churches.

“If anyone teaches otherwise, and assents not to healthful words, those of our Lord Jesus Christ, and to the teaching which is according to godliness, he is puffed up, knowing nothing, but is morbid about questions and strifes of words, from which come envy, strife, railings, evil surmisings, wranglings of men corrupted in mind, and robbed of the truth, supposing that godliness is a means of gain.” 1 Tim 6:3-5-ABPS (1913).

There exists a “morbidity about questions” as this translation puts it—or a “sickness of trifling questions.” The prognosis of this ailment implies that those struck by this disease either ignore that they have it or cannot remedy their antagonistic cognitive thunderstorms.
They convulse under the spell of an epilepsy of doubt. Never satisfied with any answer from the Bible, their “pride of life” retrieves another juicy bone of contention to overwhelm their hopeful spiritual benefactor. Are these not the “wells without water and the clouds carried by the tempest” as described by Peter (2 Pet 2:17-NKJ)?
Who are these quasi-Christians beset with this deadly disease? How can they be vetted? Is there hope for them?
These quasi-Christians sound smart. They position themselves as brilliant, using Pyrrhonic logic they destroy any and all propositions made about God or man. They cloak themselves as contemporary Voltaire’s or David Hume’s. “They have set their mouth against the heavens, and their tongue walks through the earth” (Psa 73:9).
Did Peter temporarily suffer from this ailment when he reproved the Lord Jesus in Matthew 18:22? Did not pride swell his heart after God had revealed to him the true identity of Jesus?
In an interesting portion of Deuteronomy 29, God through Moses described a disease in this same family:

“So that there may not be among you man or woman or family or tribe, whose heart turns away today from the Lord our God, to go and serve the gods of these nations, and that there may not be among you a root bearing bitterness or wormwood; and so it may not happen, when he hears the words of this curse, that he blesses himself in his heart, saying, ‘I shall have peace, even though I follow the dictates of my heart’—as though the drunkard could be included with the sober.” Deut 29:18-19.

At the root of this disease called “wormwood” was total selfishness and pride: “I shall follow the dictates of my own heart!”
God does not tolerate this ailment. He promised that he would forcefully remove this diseased branch. “The Lord would blot out his name from under heaven.” (Deut 29:20). Likewise, Jesus borrowed the punishment language of Moses in John 15:

“If anyone does not abide in Me, he is cast out as a branch and is withered; and they gather them and throw them into the fire, and they are burned.” John 15:6.

Meanwhile, quasi-Christians with this disease of disputes act as Christians and prey on Christians. It’s a game for them! Knowing the right words, they lack the necessary broken and contrite heart. They will not submit to the clear teachings of the Bible. Nor have they repented of their own total inability to save themselves. Rather they prefer their own imaginations about salvation. This disease is deadly!
People have honest questions. An honest question deserve a sincere answer--even if the answer is, “I don’t know.” But then, there is the disease of many questions. The attentive Christian, “wise as a serpent,” should early differentiate between the contrite heart and the crafty soul.
When recognized, Paul gave the admonition that the diseased person should be shunned after a first and second encounter.

“But avoid foolish disputes, genealogies, contentions, and strivings about the law; for they are unprofitable and useless. Reject a divisive man after the first and second admonition, knowing that such a person is warped and sinning, being self-condemned.” Titus 3:9-11.

Yet is there hope for such a quasi-Christian? Yes. Paul also held out an olive branch of expectation.

“And if anyone does not obey our word in this epistle, note that person and do not keep company with him, that he may be ashamed. Yet do not count him as an enemy, but admonish him as a brother.” 2 Thess 3:14-15.

Clearly, Paul’s response to a factious man was not a public burning at the stake. Rather, he held out the hope that this person might repent and accept admonishment.
Likewise, a discussion of the disease of many questions demands our godly introspection:


Certainly, if our heart is churning and chaffing against the Bible’s admonitions, then we have soul-searching to do. We ought not rest until we have repented of our sin of pride, and humbly submitted to God who speaks perfectly in, with, and by His Holy words.
If a brother or sister in our church appears struck with this ailment, reach out to them one time, then a second time. No more. Do not allow yourself to be caught in their trap, picking up their dreadful disease. After two encounters we can do no more. We must obey the teachings of Paul.
Deliver us, Lord, from the disease of many questions.

Posted by Dr. Tom Johnston at 8:52 AM No comments: