Seven signals of revival in our time 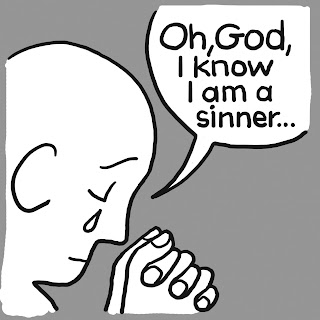 Although not qualified to speak of the revival of biblical Christianity in other language groups across the world, in the English-speaking U.S., these past 10-20 years, there seems to exist an unusual movement of the Holy Spirit. Could it be that God is allowing us to live in the midst of a spiritual awakening?
Here is a list of seven pointers portraying God’s favor upon His people in North America. These signs are organized in a chronological manner, as, in God’s providential oversight, each builds upon the other:
1. Incredible electronic Bible study software are available and being used. These software packages are self-supporting and compete with one another to provide better usability and power in Bible study!
2. New conference venues have sprouted up, such as the Foundations Conference, Founders Conference, Passion Conference, and T4G. These conferences highlight the Five Solas of the Protestant Reformation and promote biblical Christianity.
3. YouTube, Podcasts, and Vimeo promote the revival of expository preaching online.
4. New ministry associations have developed, such as Acts 29, 9Marks, The Gospel Coalition, Teaching Leaders International, and NoPlaceLeftBehind.
5. Doctrinally-rich music is being written, new hymnals are being produced, and Internet music channels are now available that highlight doctrinally-rich music—Sound+Doctrine. Songs have been written by LeCrae, members of Click116, the Getty’s, Derek Webb, Eric Schumacher, and David L. Ward—all emphasizing sound doctrine.
6. A new thrust of young street evangelists and those aggressively “searching for persons of peace” has begun to mark the land. Biblical methods of evangelism are realigning its practice across North America!
7. Antagonism to the gospel and to the many teachings of the Bible is on the increase. Satan is aggressively targeting the ministry leaders of all these newly formed groups.
Is Holy Spirit revival sweeping the land? It may very well be!
Posted by Dr. Tom Johnston at 7:20 PM No comments: 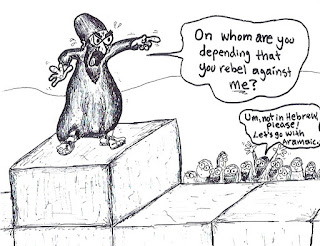 There is the psychological warfare of enemy criers calling over the walls of the city. The people of the city are safely huddled in their own homes, but they hear the misinformation and lies of the enemy day and night. Psyops are “military operations usually aimed at influencing the enemy’s state of mind through noncombative means” (Merriam-Webster).
Sennacherib mounted a psyop against Hezekiah, king of Judah. He sent Rabshakeh who spoke Hebrew to demand the capitulation of King Hezekiah. As Rabshakeh spoke in the hearing of the people, Hezekiah’s servants told him:

“Please speak to your servants in Aramaic, for we understand it; and do not speak to us in Hebrew in the hearing of the people who are on the wall.” 2 Kings 18:26. NKJV.

Rabshakeh responded, “Has my master sent me to your master and to you to speak these words, and not to the men who sit on the wall, who will eat and drink their own waste with you?” 2 Kings 18:27.
Rabshakeh shouted to the people on the wall promising them life (!), as well as a peaceful alternative to their sure defeat and destruction by the armies of Sennacherib:

Hezekiah tore his robes and prayed to the Lord. The Lord intervened by distracting the King of Assyria with two other wars, against the city of Libnah and the King of Ethiopia. Hezekiah was spared the seige. While the psyop attack of Sennacherib was wearing down God’s people, He miraculously intervened on their behalf.
About 330 years earlier, Goliath was wearing down the people of Israel. He shouted threats against them every day. He called for a one-on-one fight to the death:

“Choose a man for yourselves, and let him come down to me. If he is able to fight with me and kill me, then we will be your servants. But if I prevail against him and kill him, then you shall be our servants and serve us.” 1 Samuel 17:8-9.

Even the king’s mightiest men were no match for Goliath, an ancestor of the giants of old. The armies of King Saul were petrified by the challenge of Goliath—until David miraculously defeated him.
Psyops have definitely been used in warfare against the people of God—as they still are today!
There is a second way to approach warfare. It is to take the offensive. This second approach to fighting calls for engaging the enemy in battle. Young David used this approach. He did not sit in the tent sipping tea with his brothers, while cringing at the jeers of Goliath. David took the offensive, went up to meet Goliath, and defeated him on the battlefield.
In the first method of warfare, the combatants and civilians remain comfortably in their houses and tents. They deal with the relentless barrage of psyops from the enemy. As they listen to the lies of the enemy, they start believing them. They fear what might happen to them if they try to go out and fight.
Jesus, however, in His Great Commission passages, did not order His people to retreat or bunker down. He commanded all His followers to “Go and win disciples”—to “Go in to all the world and preach the gospel to every creature.” He called on His disciples to go on the offensive!
Meanwhile our enemy Satan continually barrages our minds with his psyops:

“Do you really need to obey that command of Christ? Is it not an optional command?”

“Don’t make a fool of yourself and speak about Jesus. There are better ways to influence others.”

“You know that you don’t have ‘the gift’ anyways!”

We often huddle in our churches hoping that “every creature” will stumble into our church doors to hear the gospel.
Meanwhile, Jesus never sent us out to be in a perpetual retreat-mode. His command was not “Wait for them to come to you.” Jesus said, “Go to them!” Take the initiative!
However, we often hear the psyops of the Evil One whispering in our ear:

“Too busy for that!”

I hear those psyops every day. Do I go out in evangelism? Yes. I often go out in door-to-door or street evangelism multiple times a week. But the psyops of the Devil are relentless. Every day is a battle for me.
Let’s pray for each other, asking God to help us obey the clear command of Christ to “Go!” Let’s ask God for an opportunity to “Go!” and share the gospel today!
Posted by Dr. Tom Johnston at 5:56 PM No comments: